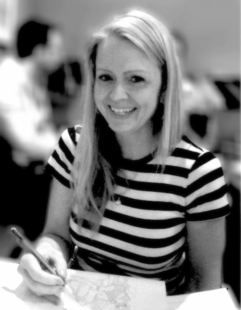 Some sources of inspiration

Meeting and collaborating with other artists and writers, especially in the Boston independent comics scene.  City life, street art, murals and chalk art.  I bring a sketchbook everywhere I go and draw buildings and unsuspecting passers-by. 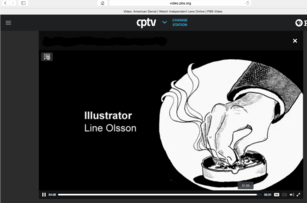 I am a Norwegian freelance illustrator, chalkboard artist, and cartoonist who has lived, studied, and worked in the Boston area since 2003. I love the city and its surrounding towns, where you can find several of my chalkboards in various shops and restaurants.

Sequential art and graphic novels influence much of my work, and I specialize in black and white line art.  Although I can hardly imagine a world without digital art software anymore, ink is still my favorite medium, and I love drawing with just the simple tools of a nib pen and a brush (see photo). I have been a member of the cartoonist collective, Boston Comics Roundtable since 2009, and my stories have appeared in various anthologies, often under the name Line O. My artwork has been exhibited in various towns in and around Boston.

I produce illustration art for newspapers, advertisements, web pages, board games, books and film. I help clients visualize their ideas of product design. Some examples of longer projects on which I have worked:

In addition to illustration work, I paint chalkboards and menu boards for stores and restaurants all around the Boston area,  I have taught classes in cartooning for kids, and I occasionally give private art lessons.